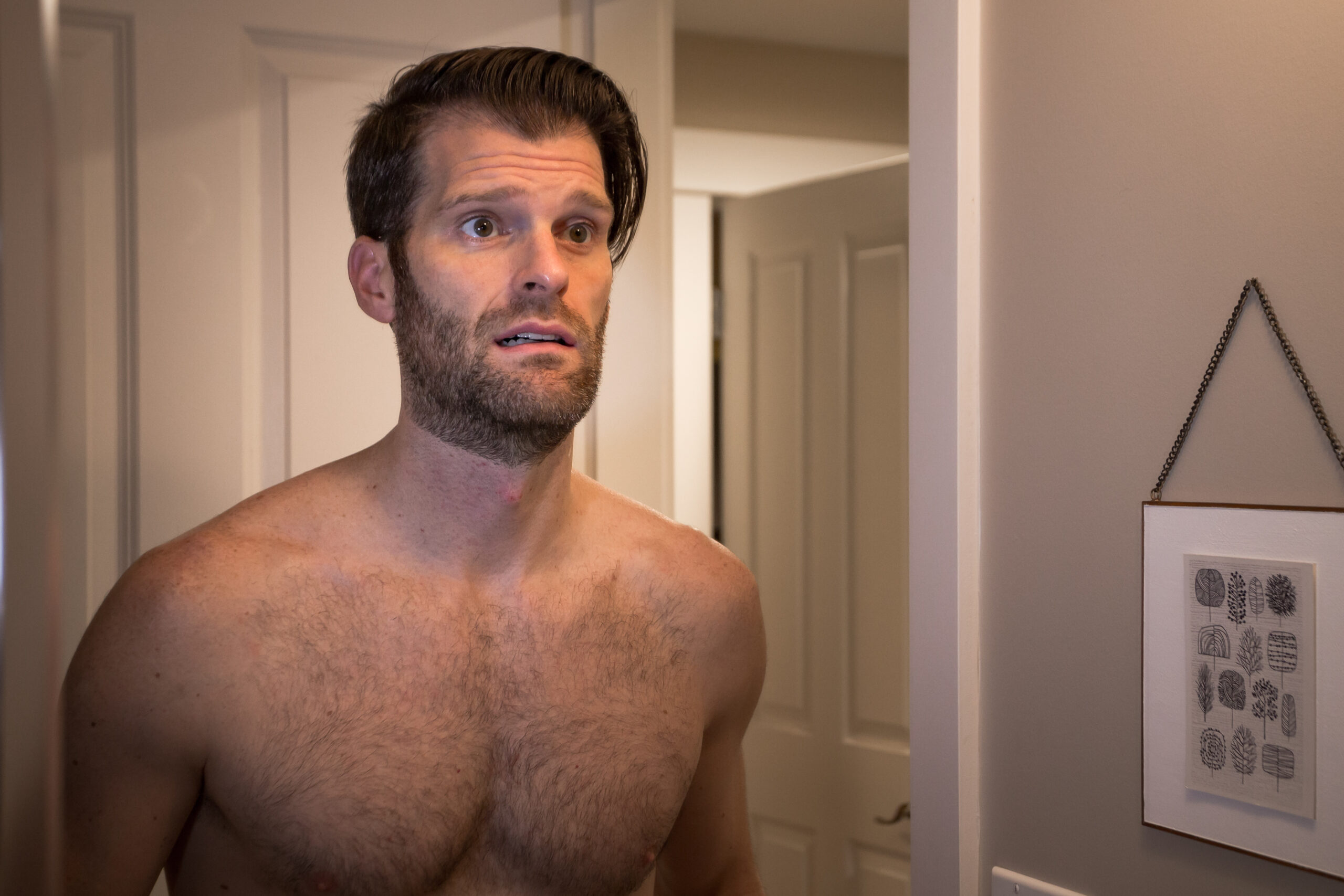 People’s dissatisfaction with their appearance is becoming a significant problem in the social media era. Body dysmorphia is particularly pronounced in the LGBTQ+ community, which can be attributed to social pressure and stress in the form of stigma and prejudice.

To that end, I’d like to share my thoughts on the problem and why it’s essential to address it.

What is Body Dysmorphia?

Body dysmorphia is a mental cognition characterized by dissatisfaction with your body. You may be preoccupied with a perceived flaw or how your body appears as a whole.

Many people with body dysmorphia are so upset with how they look that it affects their life. A typical example would be someone skipping beach days with friends because they are self-conscious about their appearance. Or maybe the person goes to the beach but never takes their shirt off because they loathe how they look.

People with body dysmorphia often spend considerable time and mental energy dwelling on their appearance. The condition can become destructive when it gets in the way of your relationships, work, and well-being.

Within in the LGBTQ+ Community

What I’ve learned from working with members of the LGBTQ+ community is that perfectly healthy and normal people can also suffer from body dysmorphia. These feelings of self-loathing are often magnified by other factors, such as an inability to find a partner or comparing themselves to others at the club, at beach parties, and in their everyday life.

What’s worse is that many members of the LGBTQ+ community are often intimidated by the traditional gym setting, which further contributes to their feelings of inadequacy. Plus, similar to clubs and parties, folks often compare themselves to others who are fitter, making them feel less confident and able to change themselves.

In many cases, these feelings of inadequacy lead to eating disorders where people go through periods of binge eating, followed by restrictive diets. As a result, folks with an eating disorder often see their weight fluctuate dramatically, contributing to low confidence and lack of self-belief.

For example, in one paper, researchers noted that adult lesbian women and gay men were at much higher risk of eating disorders. The same paper reported that more than a third of lesbians suffered from an eating disorder.

Research also finds that young and adolescent gays report much greater body dissatisfaction than their heterosexual counterparts. They reported a greater desire to develop their muscles and change their weight, obsessing over attaining a lean physique.

The Importance of Addressing Body Dysmorphia

As with any mental condition, addressing body dysmorphia is crucial for improving quality of life and well-being. We often attach how we feel in general and about ourselves based on appearance, which is something that isn’t likely to go away entirely. But, each person has to recognize the problems, especially in today’s Instagram era where we are constantly bombarded with perfect bodies.

One of the most powerful steps you can take is recognizing the destructive impact comparing yourself to others can have. It’s not uncommon to have social media accounts, follow models, and spend hours each day scrolling mindlessly. It’s also normal to discuss appearances and compare ourselves to people in the real world and online.But, in this case, maybe striving away from normal would be good for us.

Limiting your exposure to the idea of the ‘perfect body’ is vital for feeling better about yourself and not resorting to unhealthy tactics like endless diets, countless hours on the cardio machine, juice cleanses, and, in some cases, steroid use.

Focusing on performance-based outcomes over aesthetics can also help reduce the negative feelings you may have. For example, instead of fixating on getting six-pack abs, focus on improving your running times or the weights you can lift. Working hard and improving your performance will inevitably bring aesthetic improvements.

It’s easy to say that we are here to help you lose weight or gain muscle. But our ultimate goal in the fitness industry is to help you feel happy and content with what you see in the mirror. The best win is to achieve confidence and comfort in your own skin.

Want to chat about building your confidence? Contact me here.